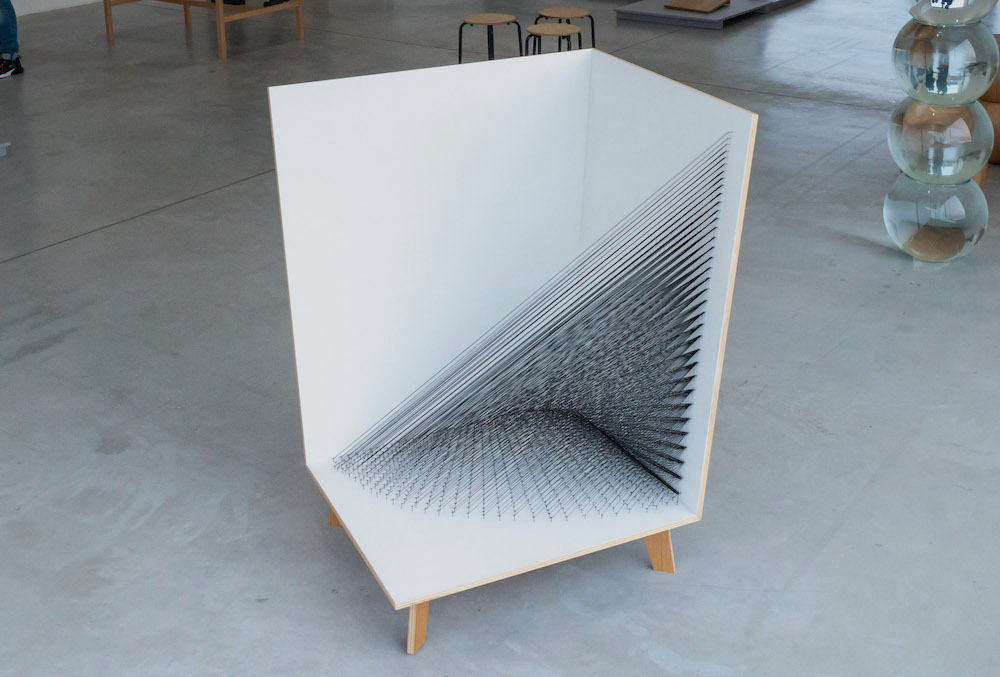 Born in 1942, Kazuko Miyamoto was for a time Sol LeWitt’s assistant in New York, and her work, with its personal blend of Minimalism, feminism and Japanese tradition, has been somewhat overshadowed by that of the master. Wall for K.Miyamoto, a wooden structure whose two demountable walls form an angle, has been created for assisting and facilitating both the presentation and the transport of her work Illusion of Trail Dinosaur, a string structure. Walls for K. Miyamoto is the first work from "The Assistant Pieces" series.