The Untitled Ceremonies initiated in 2013 until today, involve unpacking and installing a work by another artist chosen from a public or private collection, then dismantling and re-packing it. The performances are executed in silence in front of a limited number of spectators gathered around the work. Repeating the actions of an « art handler », Béatrice Balcou unpacks the work, assembles it if necessary, give a moment to look at it and then pack it again. In a choreography of slow, precise, detailed gestures she looks into the attention given to the materiality of the work of art and the behaviour of the viewer, triggering an awareness not only of the work required by the making and presentation of art, but also of the accompanying sounds, the setting, the other spectators and her own body. 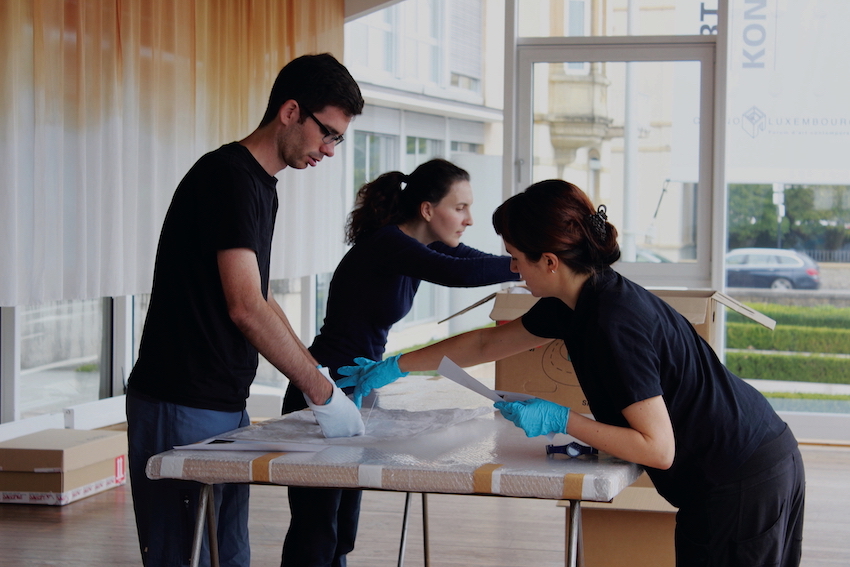 View from the rehearsal of the Untitled Ceremony #03 at Casino Luxembourg. Ceremony performed with the work Vitrine (film 3) by Bojan Šarčević, 2008 from the Mudam Collection, Luxembourg. Photo © Béatrice Balcou, 2014 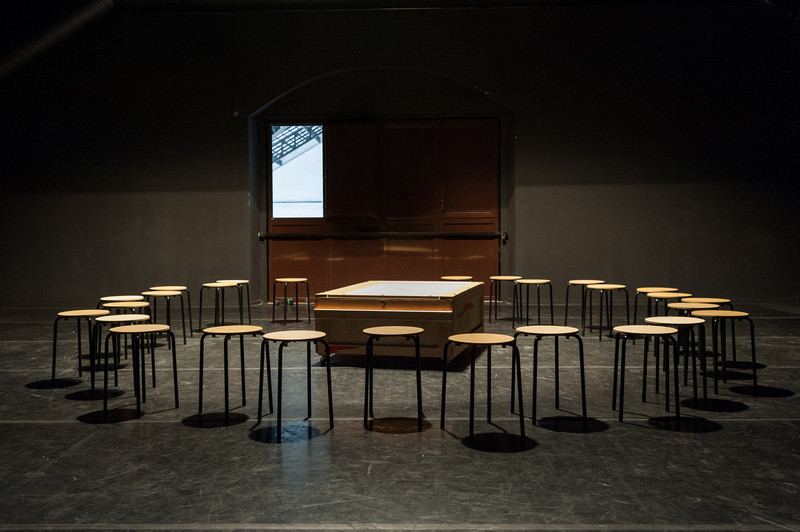 View of the installation before the Untitled Ceremony #10 begins, at La Ferme du Buisson - Contemporary art Center, Noisiel/Paris. Performed with the work She falls down by Susan Collis, 2009, from the CNAP collection, Paris. Photo © Émile Ouroumov, 2017 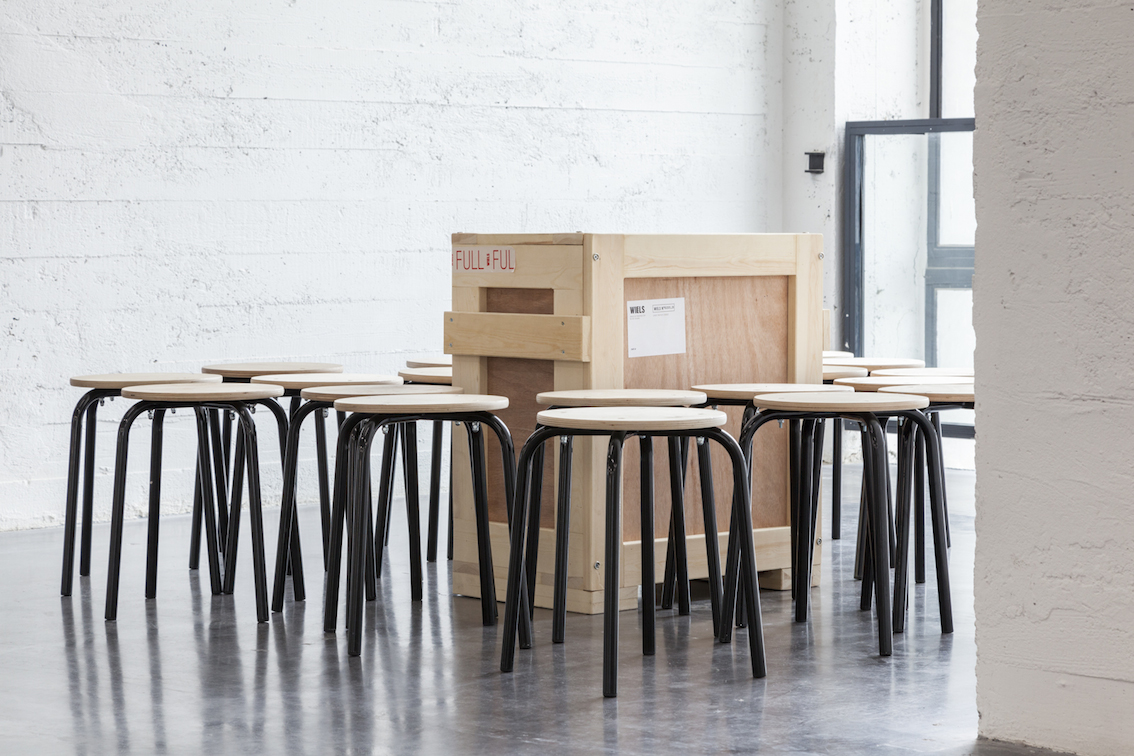 View of the installation of the Untitled Ceremony #06 waiting to be activated, at Wiels, Brussels. Performed with the work Children’s trolley (I Had Trouble in Getting to Solla Sollew) by Rodney Graham, 1993, from Herman Daled Collection, Belgium. Photo © Sven Laurent, 2015

Read the essays: Untitled Ceremony #03 by Eva Wittocx (EN/FR), Walk in Beauty by Christophe Gallois (FR) and the interview by Zoe Gray and Devrim Bayar (EN/FR/NL)

Untitled Ceremony #16, 2021
With the work Raining (Sound Piece) (2012) by Dominique Gonzalez-Foerster from Laurent Fiévet Collection, France
40 min.
Produced by Tlön Projects, Amsterdam
Performed at ROZENSTRAAT - a rose is a rose is a rose, Amsterdam, from November 5 to 7, 2021

Untitled Ceremony #11, 2017
With the work Ladies Jacket Smoking (2015) by Liz Magor from the FRAC Corse Collection, France
40 min.
Acquired by the FRAC Corse in 2017
Not yet performed
-

Untitled Ceremony #09, 2016
With the work Drying Rack (1968) by Marinus Boezem from the artist's collection, Middelburg, the Netherlands
35 min.
Curated by Julia Mullié and Nick Terra during the Amsterdam Art Weekend within the performance programme The Absence of Work
Performed at Oudekerk, Amsterdam on November 26 & 27, 2016
-

Untitled Ceremony #06, 2015
With the work Children’s trolley (I Had Trouble in Getting to Solla Sollew) (1993) by Rodney Graham from Herman Daled Collection, Belgium
35 min.
Produced by WIELS, Brussels
Performed at WIELS, Brussels on June 24 & 27, 2015
-

Untitled Ceremony #05, 2015
With a polychromed and gilded wooden reliquary sculpture from XVIth century from a Private Collection, Belgium
35 min.
Produced by Kaaitheater, Brussels
Performed at Don verboven exquisite objects during the Performatik Festival on March 21 & 26, 2015; at M Museum (Playground Festival), Leuven (BE) on November 15 & 16, 2019
-

Untitled Ceremony #01, 2013
With a wooden plank replacing a painting from the Museum of Fine Arts in Liège, Belgium
30 min.
Produced during the residency at Ravi Ateliers Vivegnis International, Liège
Performed at the "brasserie Haecht", 251 Nord, Liège, Belgium on December 13, 2013