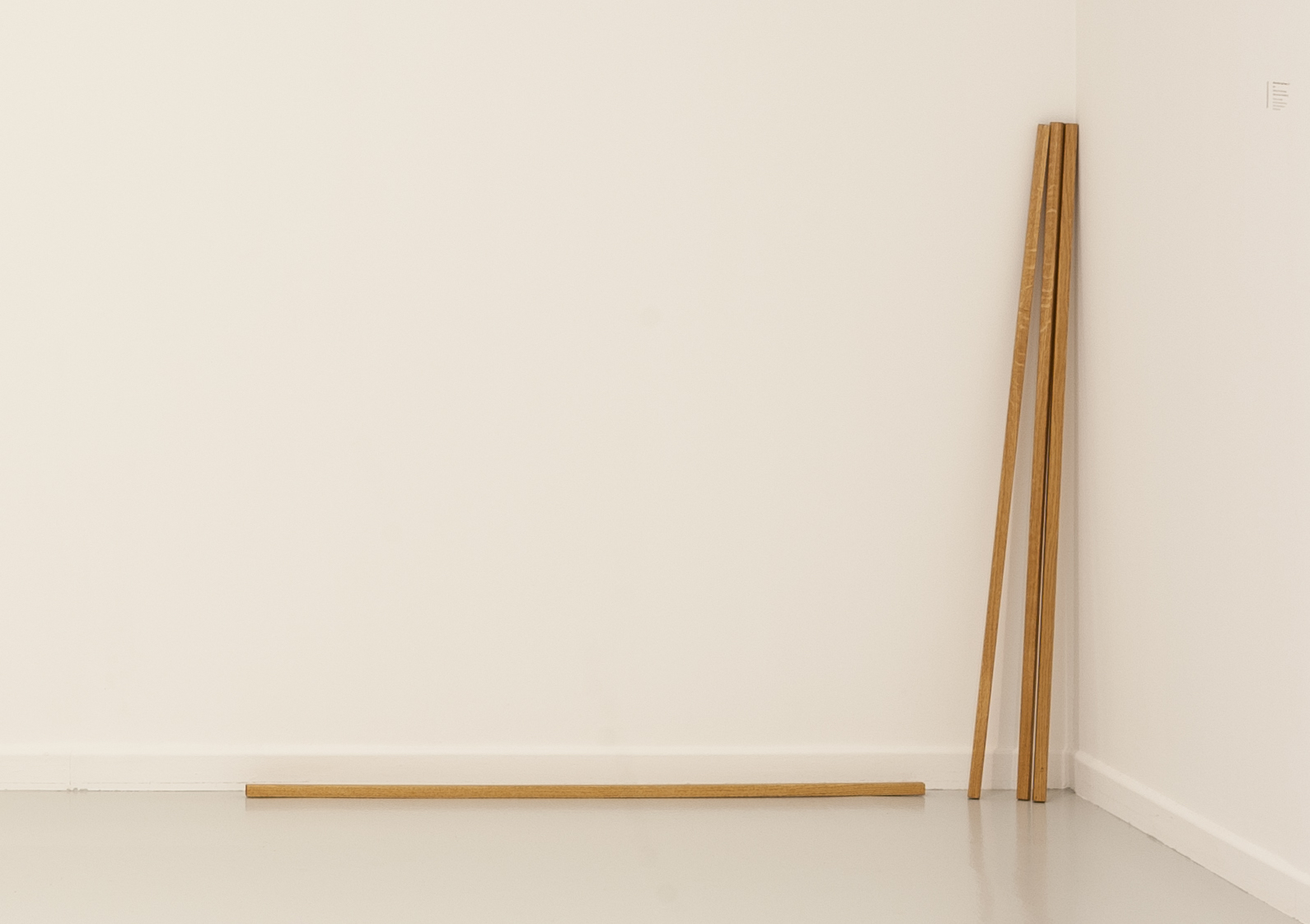 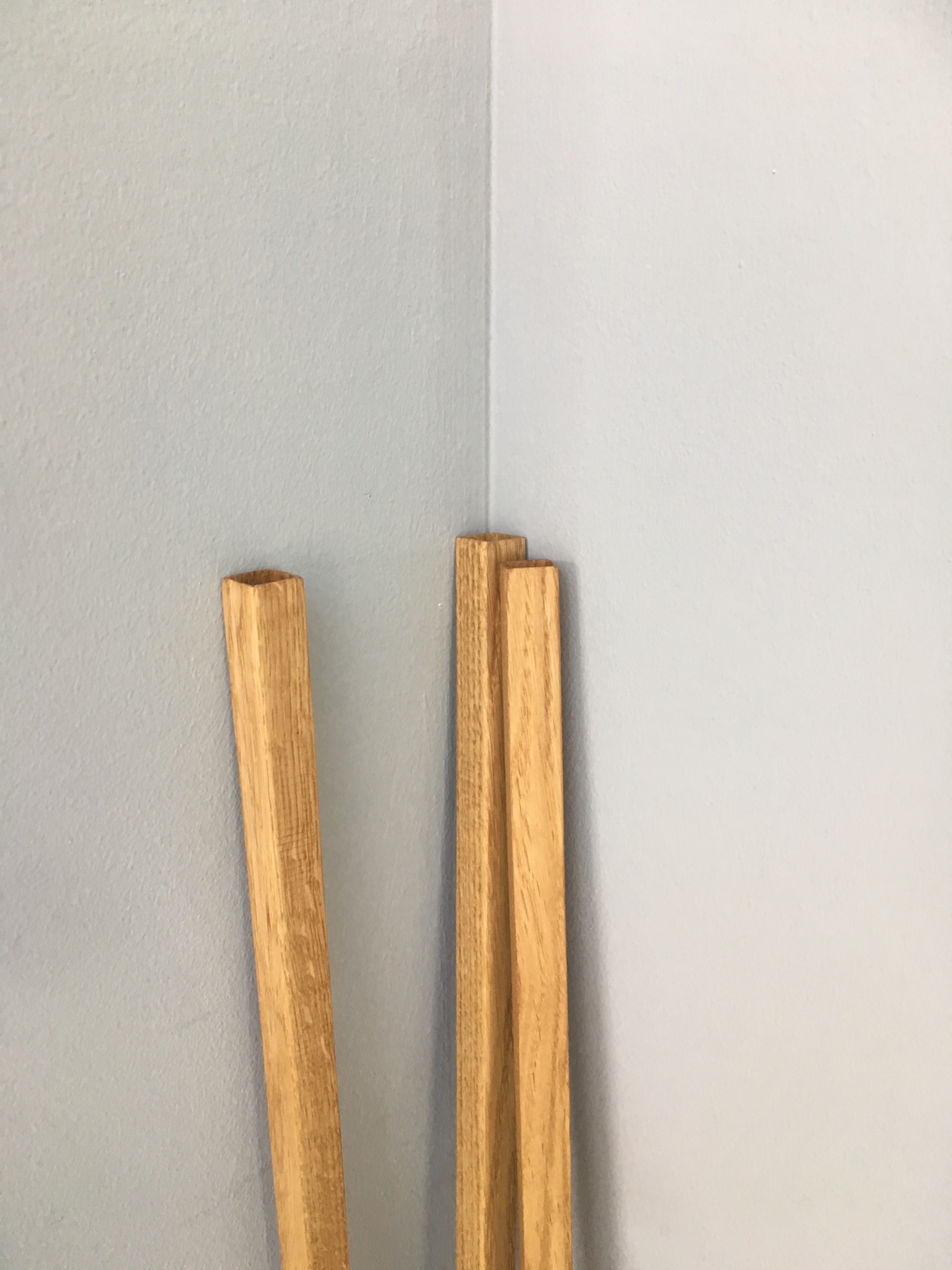 View from the exhibition in the echoes of my room by Ane Mette Hol at La Kunsthalle CAC, Mulhouse
Photo © Ane Mette Hol, 2017

These four hollowed out wooden sticks are a replica of a 2013 artwork by Ane Mette Hol, Untitled (Artificial Light), first made to be used as a rehearsal prop before handling the original work during the performance Not yet titled, then exhibited independently of the performance. It is part of the "Placebo Works" series.