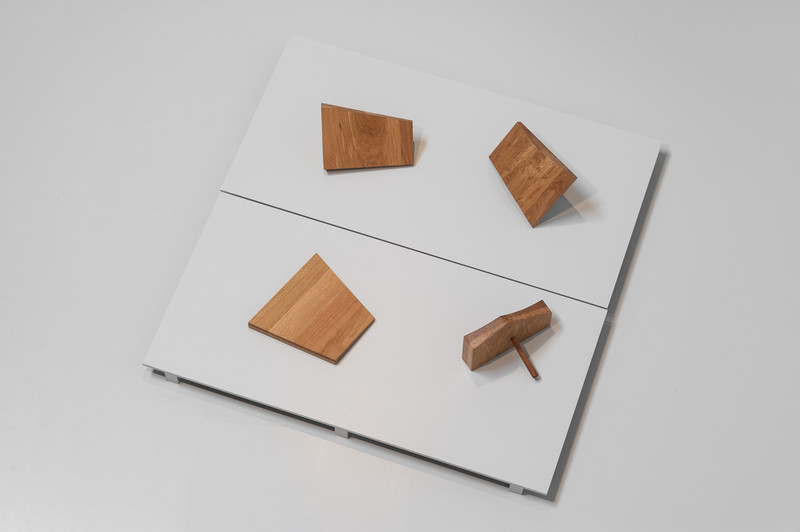 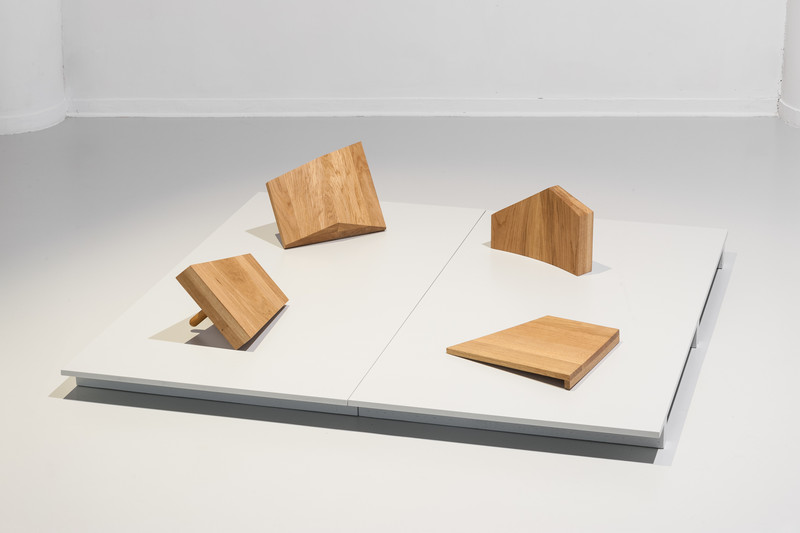 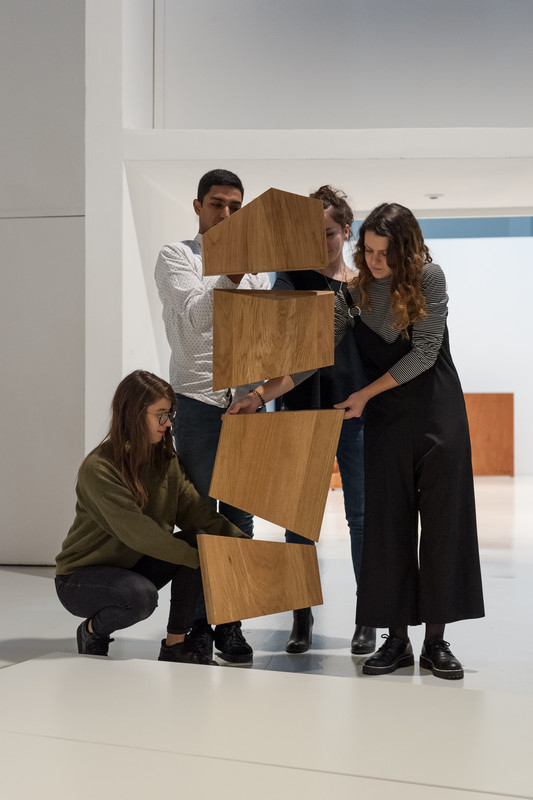 Sculpture to be activated according to the rules of Bunraku puppetry, with a mediator and a group of three or five people. Standing on a platform are four oak sculptures, some with handles. Though highly abstract, they nevertheless represent the shape of a head, a torso, a skirt and feet – the various parts of a puppet’s body. These ‘sculptures at rest’ invite the spectators to operate them according to a protocol drawn up. With the help of the mediators, the sculpture can be assembled and moved by several visitors working together. As in the Japanese Bunraku theatre, three, four or five people work together to form the puppet, synchronizing their rhythmic movements as they do so, and moving and breathing in unison.