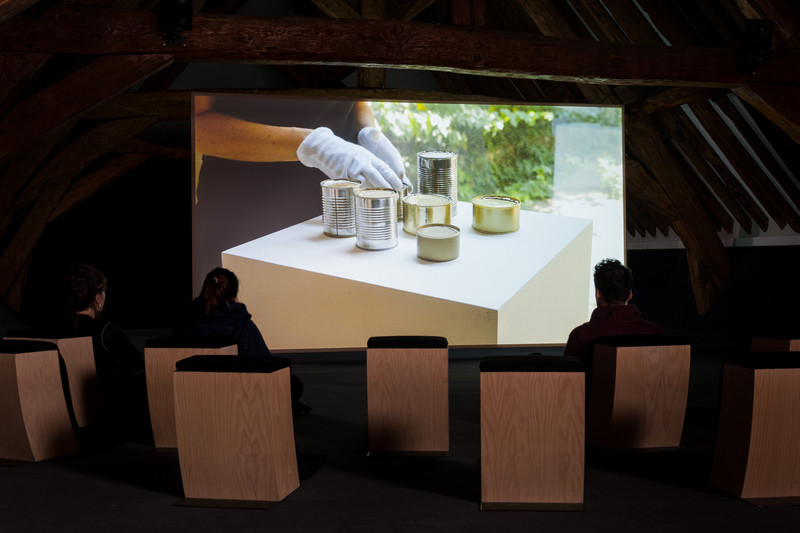 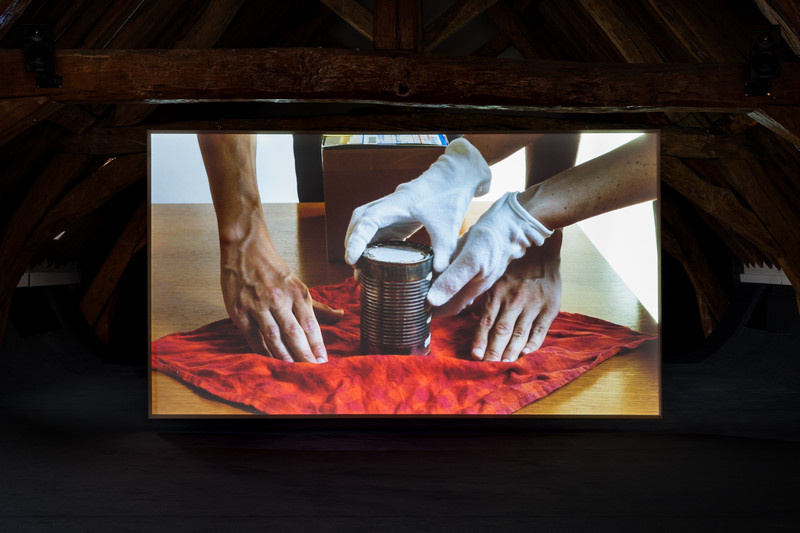 "Tôzai" was filmed during Béatrice Balcou’s recent residency at Villa Kujoyama in Kyoto. It is her first ceremony made specially for the camera. The video is based on a work by Yuki Okumura, which in its turn was inspired by the work of another Japanese artist, Genpei Akasegawa. In 1964 Akasegawa made a sculptural piece which he named Canned Universe. He ate the contents of a tin of crab meat and then removed the paper label and stuck it on the inside of the tin before resealing it. By reversing inside and outside, he sealed the whole universe in the can, as the title of the work tells us. In 2012 Okumura organized a workshop to which each participant was asked to take along their favourite can of food and use it to make their own version of Canned Universe. Balcou was fascinated by Okumura’s reinterpretation of the original and, while in Japan in 2018, she made a ceremony for it. Each participant sent their can by post, then she orchestrates a ceremony with the help of a Japanese tea student. All the tins were laid out according to the rules. ‘Tôzai’ is the word used to signal the start of a Bunraku performance, the traditional Japanese puppet theatre. In accordance with the Bunraku model, several people are required to operate the puppets for the ceremony. Their bodies are concealed and they harmonize their gestures and rhythms in a choreography for hands. (from the exhibition booklet, L'économie des apostrophes at La Ferme du Buisson Contemporary Art Center, Noisiel/Paris, France, 2018)