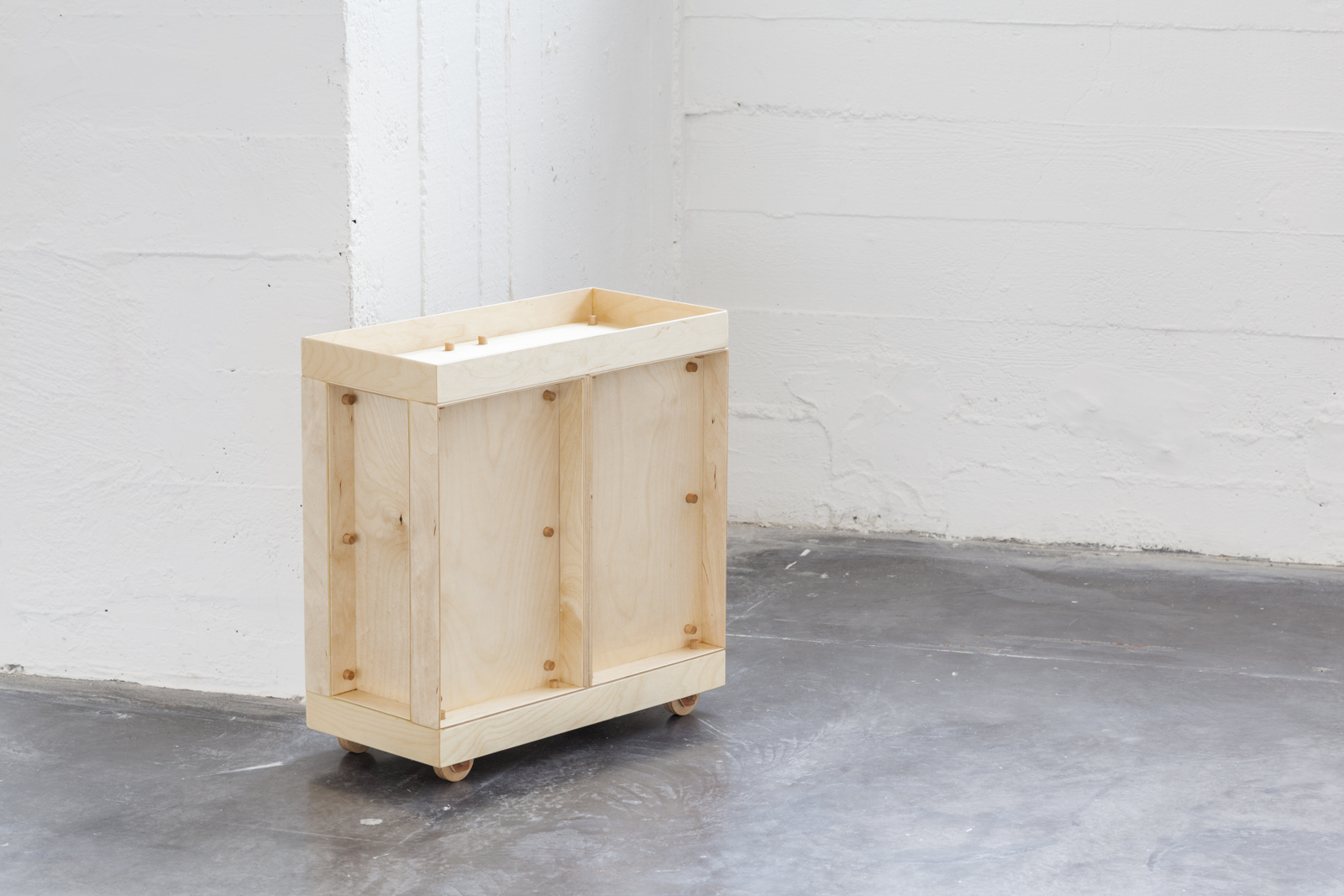 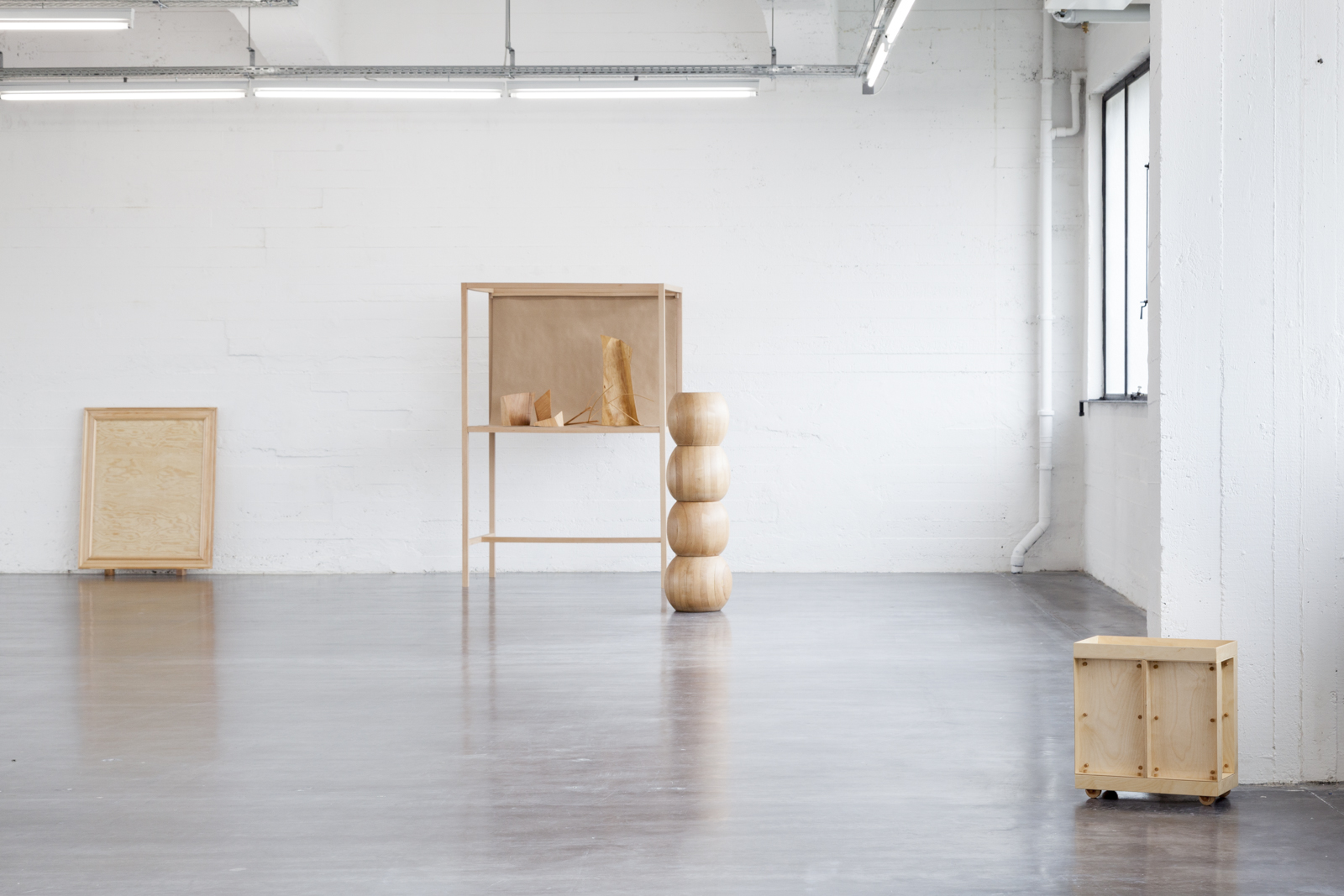 This wooden trolley is a replica of a 1993 artwork by Rodney Graham, Children’s Trolley (I Had Trouble in Getting to Solla Sollew), first made to be used as a rehearsal prop before handling the original work during the performance Untitled Ceremony #06, then exhibited independently of the ceremony. It is part of the "Placebo Works" series.